Love fairy tales... always have. They hold you in that magical space between between the normality of pork crackling for Sunday lunch and some other dimension that only the mind can reach. Children easily pass in and out of this space which is why most warm to fairy tales. And they're moral (almost a dirty word now) without the moralising.
I was delighted to have a modern fairy story published on Enchanted Conversation, A Fairy Tale Magazine website, as the October winner...
A boy allows himself to be turned into a pig to save a beautiful fairy princess from ending up on the dinner plate of a greedy Goblin King... but there's worse to come!

Gary, desperate for a girl friend, soon learns that love brings heavy burdens when he gets whisked by a pair of spectacles he finds on a park bench to twenty third century London, a terrifying place where he meets the beautiful young Beetie. With other rebels holed up in the disused London Underground, Gary, together with his irrepressibly-loyal friend Mike, is pitched into a journey of passion, deceit, loyalty and terror… a journey to uncover the dark mystery of the Terminus, involving an enigmatic time-traveller called God and an ancient Atlantean artefact. Why are the residents of London who live on the surface behaving like zombies? And why are the Underground tunnels infested with the giant, genetically-modified rats? Time is running out rapidly for Gary… and can he really trust Beetie when she goes missing? This is a story not only about first love but about the meaning of true friendship and the challenges it has to face. 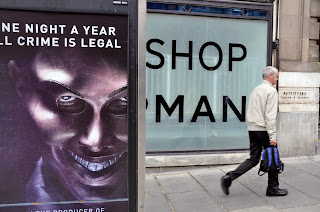 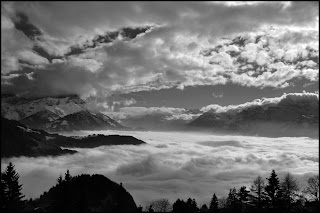 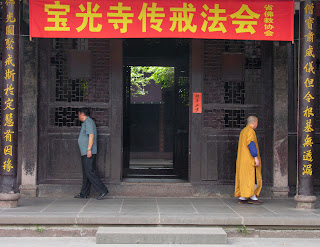 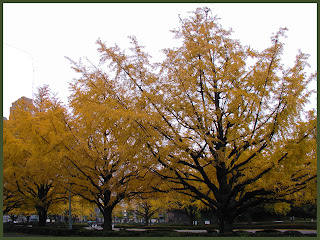 Posted by Oliver Eade at 7:57 AM No comments:

'With minute attention to historical detail, this beautifully written novel is at once a murder mystery, a story of passionate love and a political thriller, winner of the Local Legend Spiritual Writing Competition. It is a true page-turner that builds to a terrifying and tragic climax. Teacher Feng, a middle-aged and humble widower, lives quietly in Tang Dynasty China, caring for his beloved daughter Feier. But life changes dramatically when his best friend is murdered and local girls are kidnapped. Feng sets out on an arduous journey of discovery, little suspecting that he is involving himself with powerful forces that threaten the very Empire itself.'

The following review by Alastair Mabbott appeared in The Herald,one of Scotland's two leading dailies:

'This is the first novel by Roxburghshire-based author, Oliver Eade to be aimed at adults, and it won Publisher Local Legend's Spiritual Writing Competition, a fact which will trigger many preconceptions. But A Single Petal is much more than the recycling of bland New Age cliches - which is probably exactly why Local Legend selected it as the winner. Set in Tang Dynasty China, it tells of middle-aged widower, Feng, who has been looking after his young daughter since his wife's death. For his time he's a liberal, progressive kind of man. Then his best friend is murdered and girls start getting kidnapped. In an attempt to get to the bottom of both mysteries, Feng sets out on a journey but finds a conspiracy that reaches further than he could ever have imagined. Carefully researched, well-plotted, and more full-blooded than you might expect, A Single Petal's spiritual dimension is solidly grounded in traditional narrative rules.'

Thank you to all who have posted nice reviews on Amazon:

Now entered for The People's Book Prize, so anyone who has read the book may vote online at:

Over and out... Oliver Eade

Posted by Oliver Eade at 2:46 PM No comments:

China and A Single Petal

When I learned that my debut adult novel, A Single Petal, had won the Local Legend Spiritual Writing Competition, I had to pinch myself to make sure I wasn't dreaming. And when I saw the review by Raymond Hume for The Writer (awaiting publication) I was deeply moved... even more so when learned he'd been inspired to complete a beautiful poem after reading the book:

'“There is beauty in everything, but a man may not always see it.” (Confucius/Kong Fuzi).


Since the success of Oliver’s Moon Rabbit, a story for children which celebrates Chinese culture, I’d been looking forward to this: his first novel for adult readers.
There’s an abundance of beauty in this book. Oliver won the Local Legend Spiritual Writing Competition Prize with it. I can understand why: it is a sensitive, poetic account of the faith, fears and irresistible forces within a community of peasant farmers, warriors, merchants, monks and noblemen, interacting with the central characters, a widowed village schoolteacher and his only daughter, and yet touching upon the future and fate of the Chinese Emperor and his Empire.
This novel is a fictitious account of lives in Tang Dynasty (7th-10th Century) China, but is a moral tale of much wider applicability to other times and places. It highlights tensions between an ethnic minority (the Miao people) and the majority Han Chinese, who have a different language, culture, and religion: animism versus Tao/Dao belief systems, the latter encompassing Chinese Buddhism. There is also the ubiquitous tension between rich and poor, both in terms of material wealth and wealth of opportunity and intellect.'

A petal fell: it deafened me.

Its fading fragrance stifled me.


Senses sharpen, to fill the space


Of the lost-remembered loved-one’s place.


A panacea for such pain.


Add a teardrop to the lake:


Bring its edge a little nearer.


Float a thought for the loved-one’s sake:


See, arising through the mist


In the breeze-blown petal’s same direction,


A blossoming the sun has kissed:


A lotus flower of pure perfection. 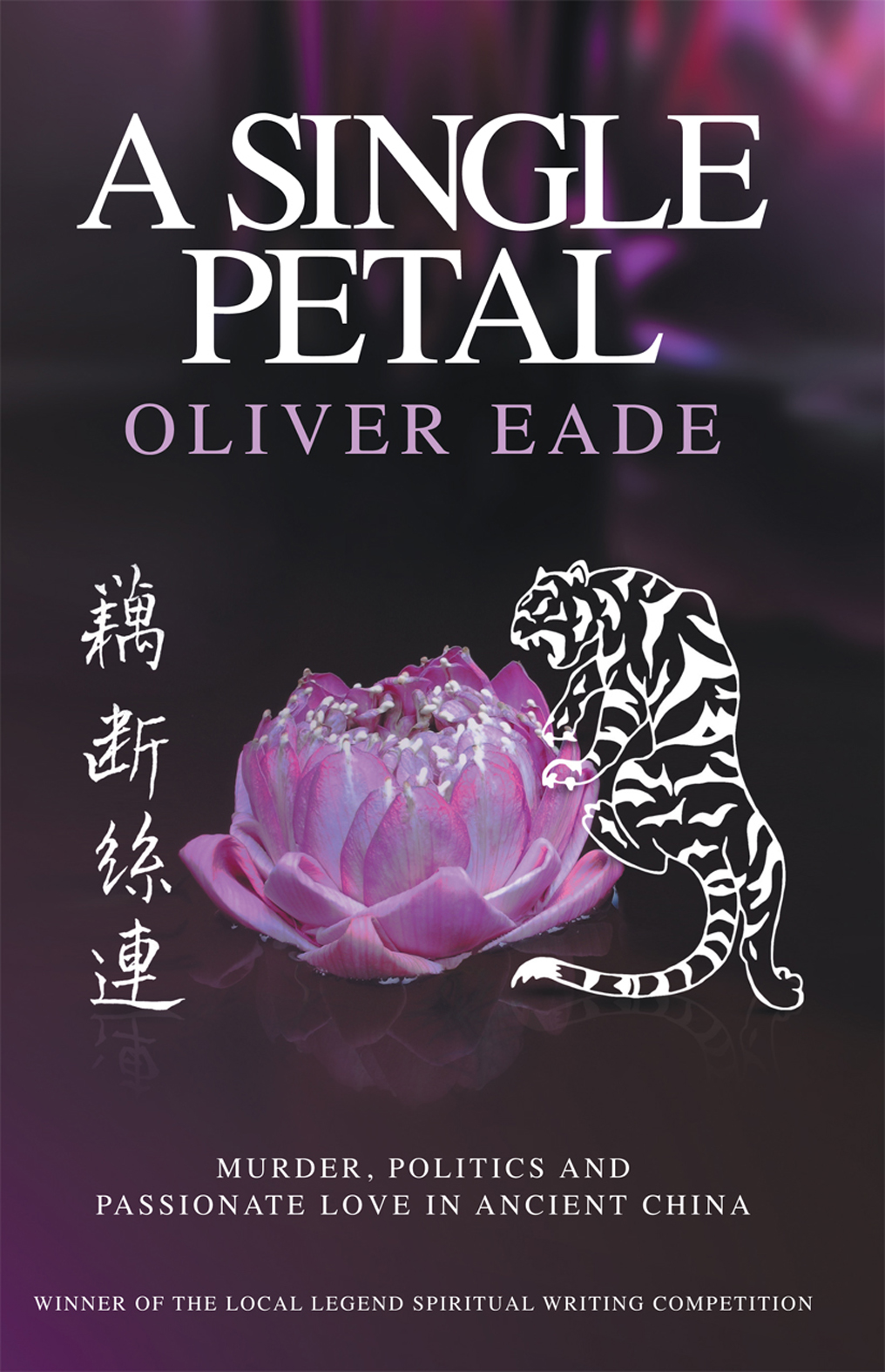 The story, set in Tang Dynasty China, was inspired by my love for my wife's motherland, as were my children's novels, Moon Rabbit and Monkey King's Revenge. Moon Rabbit was long-listed for the 2008 Waterstones Children's Book Prize and was one of the winners of the 2007 WAAYB New Novel Competition. My other children's books, Northwards (a dark eco-fantasy) and The Rainbow Animal (a fun fantasy) are set in North America where my eldest granddaughters live.

Back soon, but meanwhile some images of China: 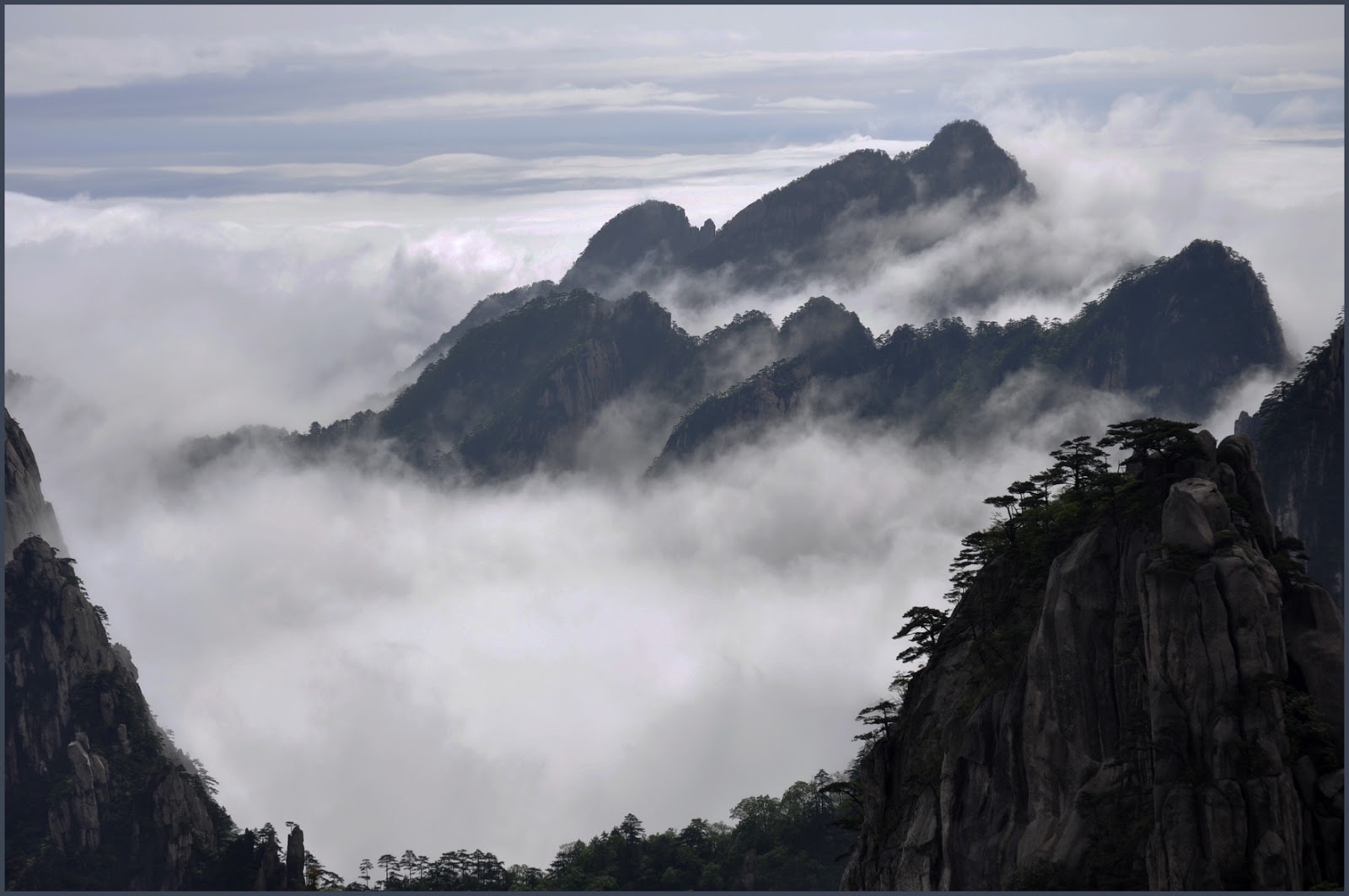 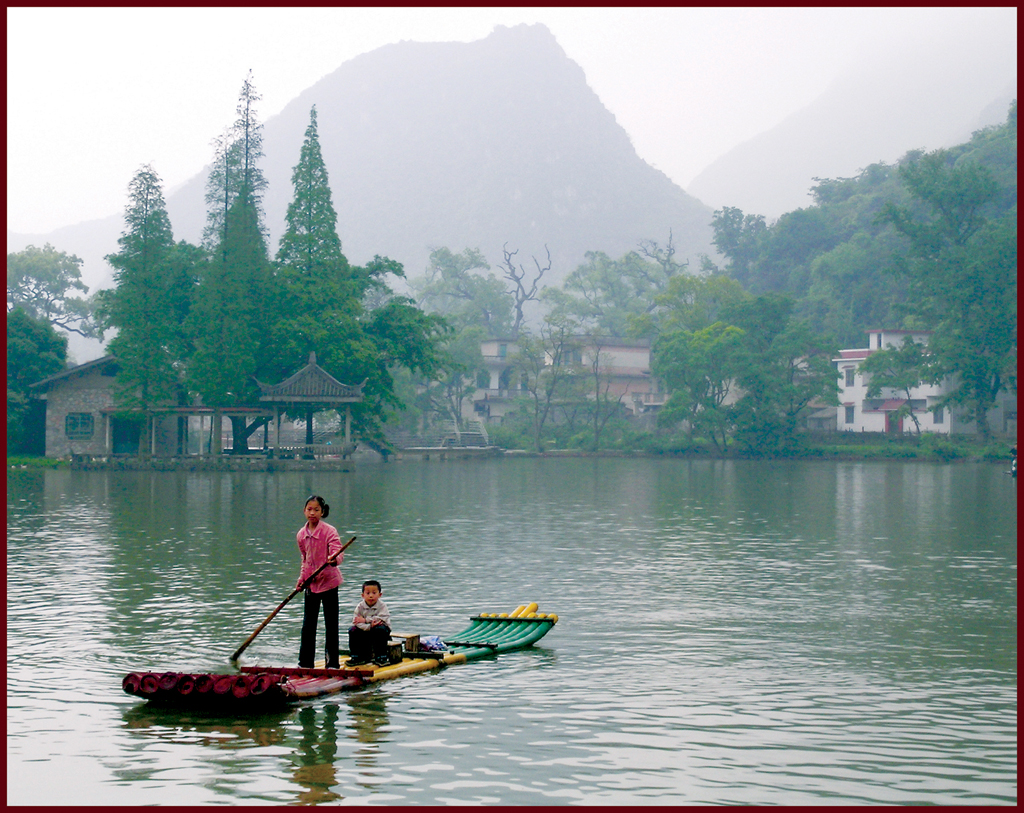 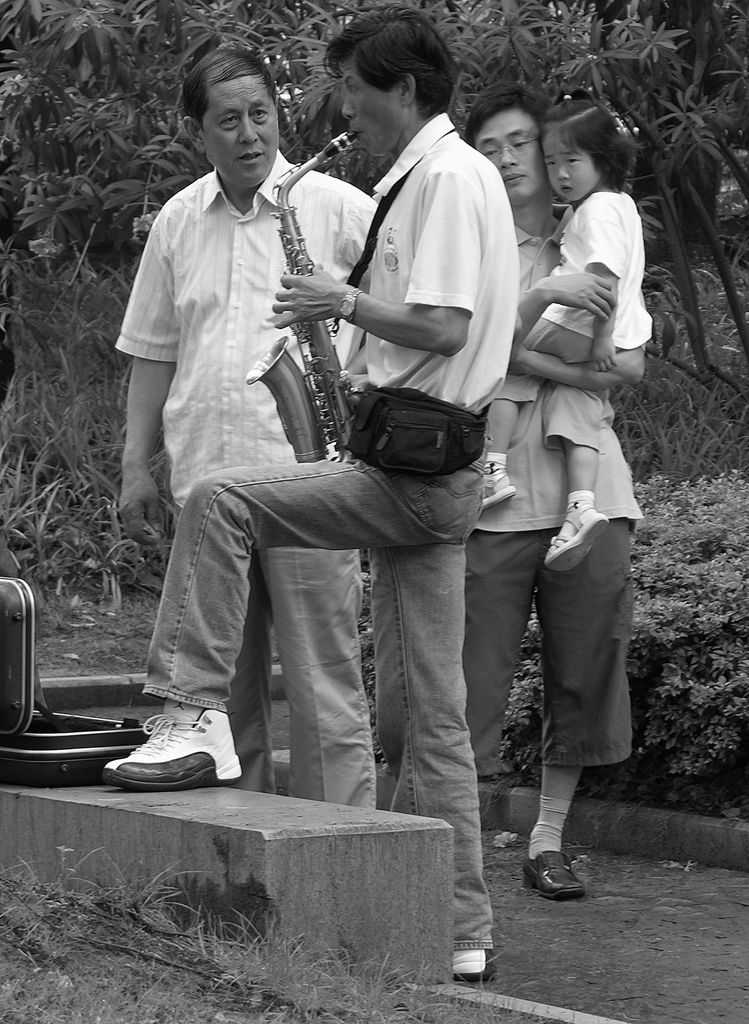 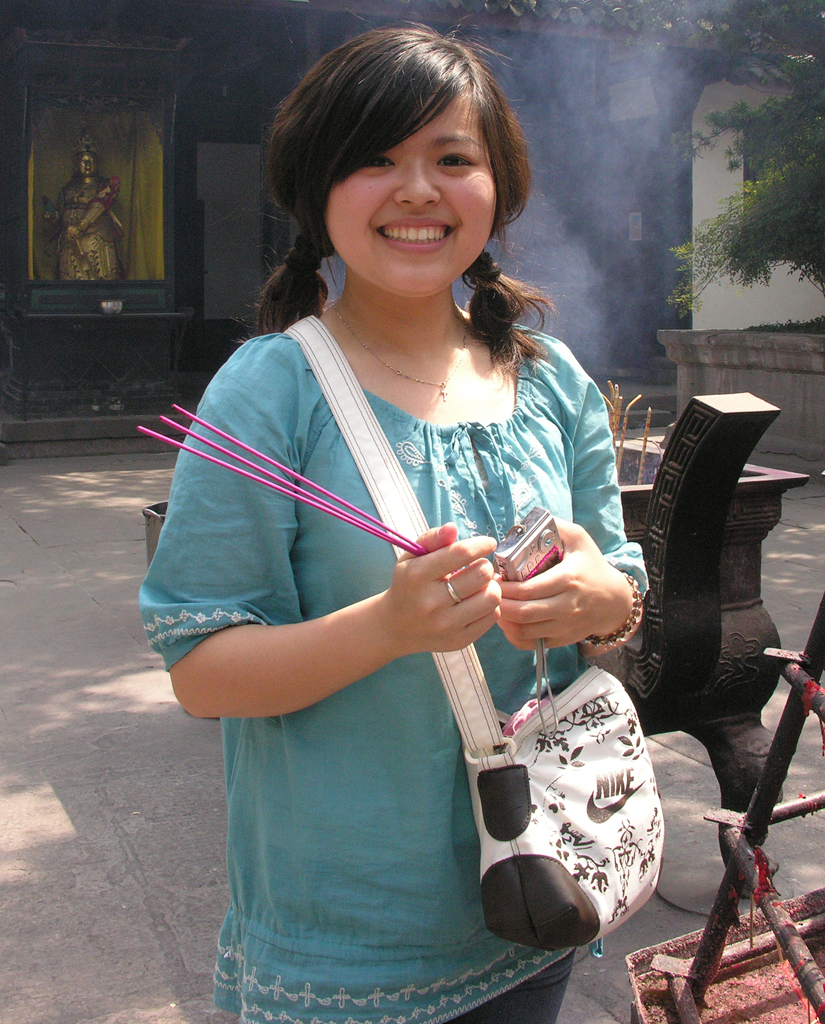 A temple visitor at Qu Fu 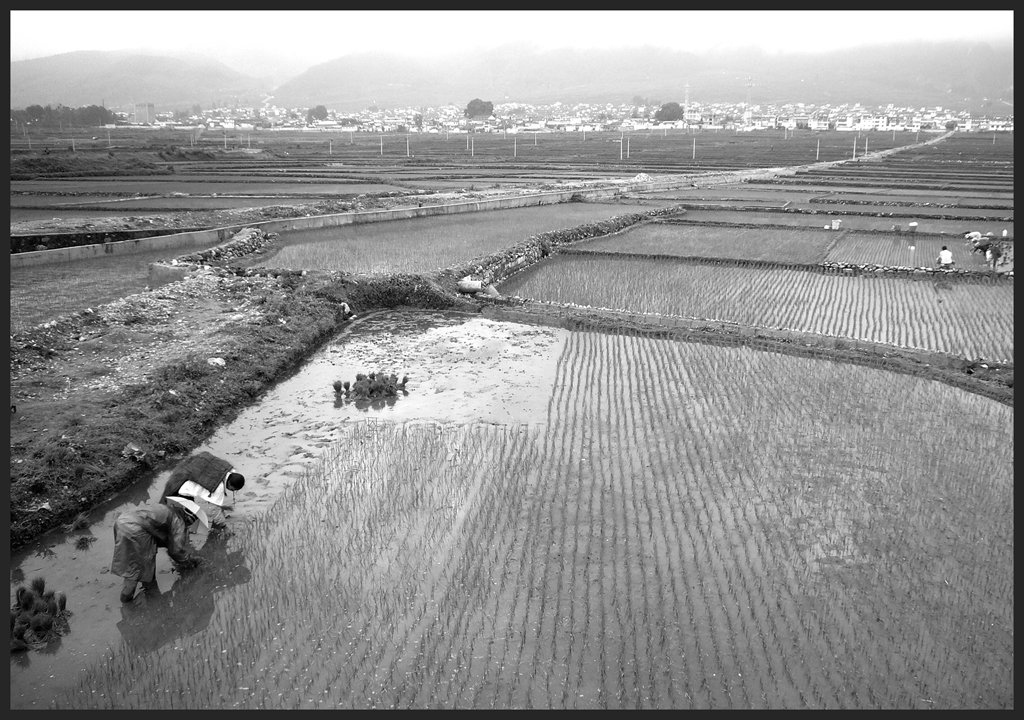 The Next Big Thing Blog Hop...


The Next Big Thing Blog Hop...

So much new writing out there it's mind-boggling but this exercise is a great opportunity for writers to focus on other
gifted writers - see below, but first... 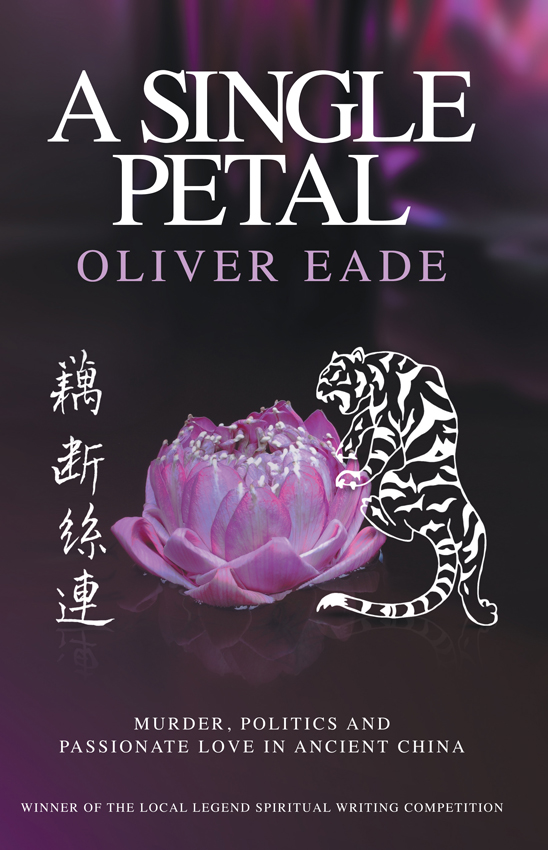 My other writing for children and young adults plus photos from across the world (taken whenever I physically attempt to keep up with my global family): http://www.olivereade.co.uk/


The rubbish ends up in A Lonely Writer's Runaway Wheelie Bin... chase it at: http://runawaywheeliebin.blogspot.co.uk/

The Next Big Thing Blog Hop


A challenge, but here goes:

What is the working title of your next book?


Where did the idea come from for the book?


From being born and brought up in London and seeing huge changes there over only sixty years... plus an interest in the science of Physics which is on the threshold of a new era following the discovery of the Higgs Boson at CERN.


What genre does your book fall under?


What actors would you choose to play the part of your characters in a movie rendition?


Juno Temple for female lead (St Trinian's ... sorry, but she looks the part on the internet). Anna Sophia-Robb (Bridge to Terabithia) would have been great a few years back, but too old for a sixteen year-old.  Maybe Will Poulter (Son of Rambo and the latest Narnia, a gifted young actor) as male lead and Ian McLellen as GOD (who else?).


What is the one sentence synopsis of your book?


A time travel fantasy giving a glimpse into the horrors of the last two days of Planet Earth, and in which friendship and love finally triumph over human greed.


Will your book be self-published or represented by an agency?


Sadly, self-published. It was with an agent who found a publisher, but after over a year of waiting the publisher went down and I decided to self-publish through a publishing consortium.


How long did it take you to write the first draft of the manuscript?


What other books would you compare this to within your genre?


Who or what inspired you to write this book?


Peter Higgs, the Edinburgh Physicist who anticipated the Higgs boson that explains how fundamental particles derived mass... ie why we exist. This and other unexplained mysteries of Physics such as Dark Matter and Dark Energy.


What else about the book might pique the reader’s interest?


A story of relationships challenged by the 'extraordinary', of the precarious balance of opposites in friendship and the all-consuming passion of first love.


Now I would like to tig the following very gifted writers:


My first novel, The Trojan Project, is a thriller set in Northumberland whereas my second novel, Divorcees.biz couldn’t be more different. I am a making it up as I go along sort of writer! I don’t plan anything ahead, I simply start tapping at the keys and see where it takes me. As for my third novel, I think it will be another chic-lit. The last one was fun to write.


John Clewarth is a teacher turned writer, still fully involved with 'the day job', but enjoying success as a children's/young adult author of dark fiction.  His first novel, Firestorm Rising, aimed at the 8-10 years age range, has been voted through to the final of The People's Book Prize 2013, in the children's section.  His next, Demons in the Dark, (10-14+), is due for release in paperback from Mauve Square Publishing later this month.  He is happily married, with two teenage sons, and writes mainly after dark, when his laughter and barking at the moon can be heard for miles around.
www.johnclewarth.com


Wendy Leighton-Porter, a former teacher of Languages and Classical Studies, now devotes her time to writing for children instead of teaching them. She is currently working on a series of fifteen time-travel adventure stories aimed at the 7-12 age group and plans to take her young readers on an exciting journey through the past, starting in the mythical lost city of Atlantis.


The Dark Stuff of Scottish Mythology...
A kelpie took up residence in my brain. A far cry from the supernatural beast in Molly Hunter's 'The Kelpie's Pearls' (a lovely book) this creature is evil personified. Like the kelpies of old it threatens to take over, body and spirit, any human who dares to approach its watery stronghold... and last June it transferred from my head to the The Grey Mare's Tail, a magnificent waterfall in the Scottish Borders off the road to Moffat. Problem is, I was there with my two eldest granddaughters from Texas, USA... so what happened has to be their story.
Called 'The Keeper of the Sword', it will (God and the Clootie One willing) be my next but one novel - for children, of course, as they understand these things far better.

Plays, plays, plays...
Love 'em!  Dorothy Bruce (fellow member of the Borders Writers Forum (http://www.borderswritersforum.org/)  and I are both hooked after the successful South of Scotland 5 venue tour of our comedy double bill, Banters Banter (Odd Productions http://www.facebook.com/pages/Odd-Productions/120128553152)... two very different plays but linked by a 'family' theme. Both active playwrights, we're both hoping this is the start of a string of productions... who knows?
You can follow Dorothy Bruce at her blog: http://jingsandthings.wordpress.com/tag/dorothy-bruce/

Recommended to all interested in a healthy blend of good food and good photographs...
Posted by Oliver Eade at 9:23 AM No comments: